Working together at ACHEMA 2018 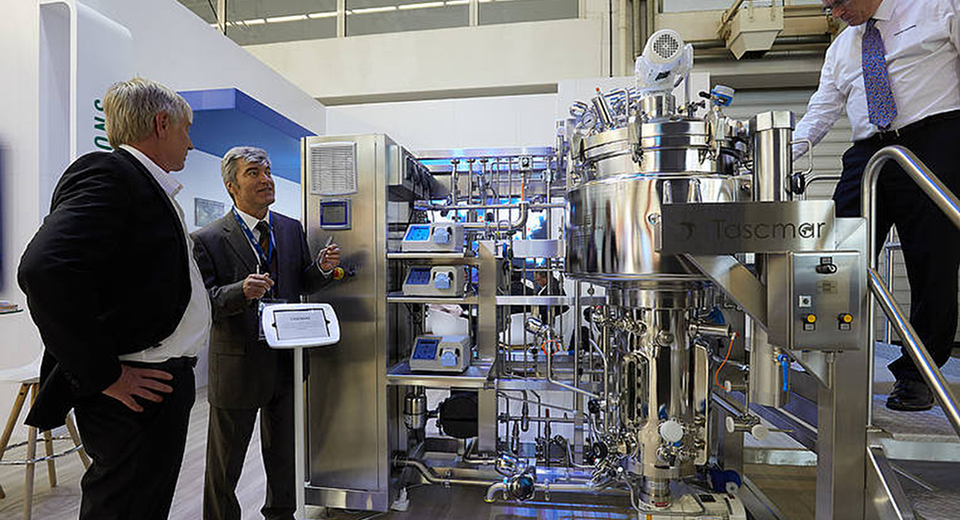 The UNIFERTEX on PIERRE GUERIN’s booth. Selection of the ACHEMA official website among 20 pictures of the Mechanical and Thermal Processes category.

“At the most important trade show for the process industry, more than 3,700 exhibitors from 55 countries showcased the latest equipment and innovative processes for the chemical, pharma and food industry.”, final press release of ACHEMA.

Achema 2018 was a fantastic show and the whole team of PIERRE GUERIN had a great time exhibiting. “We really appreciate all visitors coming to visit us at our booth” said M. Jean-Christophe PIETRI, CEO of PIERRE GUERIN.

As specialists in Upstream fermentation and cell culture equipment, mainly for the GMP biologics manufacturers, PIERRE GUERIN always focus to highly support his customers around the world. ACHEMA 2018 has therefore provided the opportunity for PIERRE GUERIN to present its last subsidiary; PIERRE GUERIN DEUTSCHLAND opened in July 2017. With successful contracts, the new affiliate in Germany allows PIERRE GUERIN to strongly participate in one of the biggest biotech sector in Europe.

At this trade show, PIERRE GUERIN has presented for the first time its innovation, the UNIFERTEX, which has generated a strong interest among the visitors. The UNIversal FERmentor Expert (UNIFERTEX) has been developed in collaboration with the CNRS as part of the European TASCMAR Project and it shows once again the expertise of PIERRE GUERIN in microbial fermentation and cell cultivation.

Click here to watch the video « Thank you » of the event.